The 241-250 GHz bands are the highest frequencies globally allocated to amateur radio. Whilst powers and noise figures are challenging, experimentation is rising, helped by progress in lower bands such as 134 GHz and stable frequency sources. The high antenna gains available from small dish sizes facilitate portable operation, provided they are accurately aligned to accomodate the small beam angles.


Feb-2016:
The video below is of the first UK QSO that took place on 19-Feb-2016 15:00z on the 241GHz (1.2mm) band between Roger G8CUB/P and Chris G0FDZ/P in locator square JO01EP, Essex. The distance was 30 metres and the CW signals were 559 and 589. With signal to spare both ways an attempt was made to increase the distance to over 50m but with deteriorating weather likely, a decision was taken to limit to 30m as antenna alignment was taking a very long time to achieve 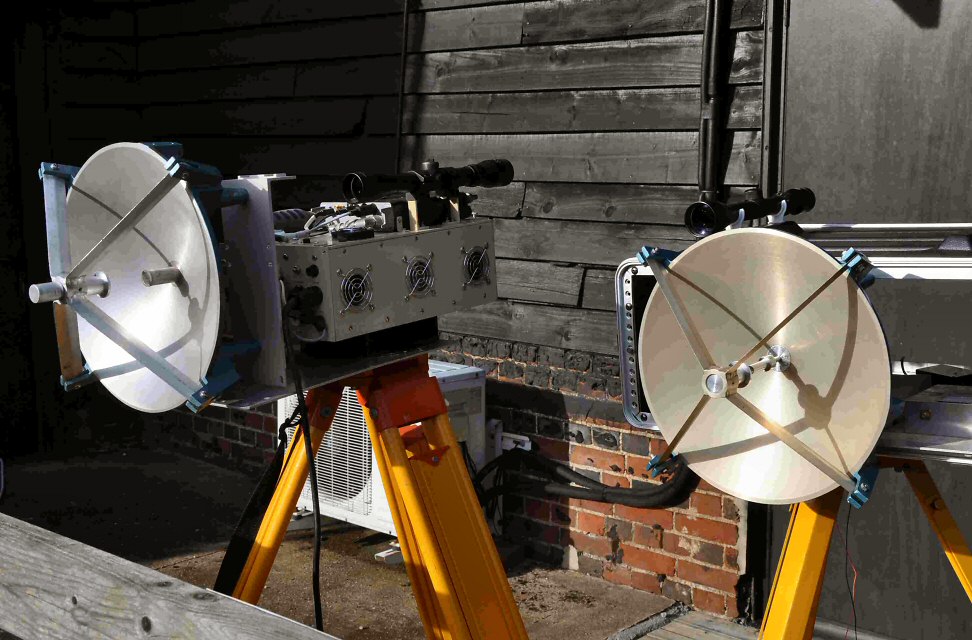 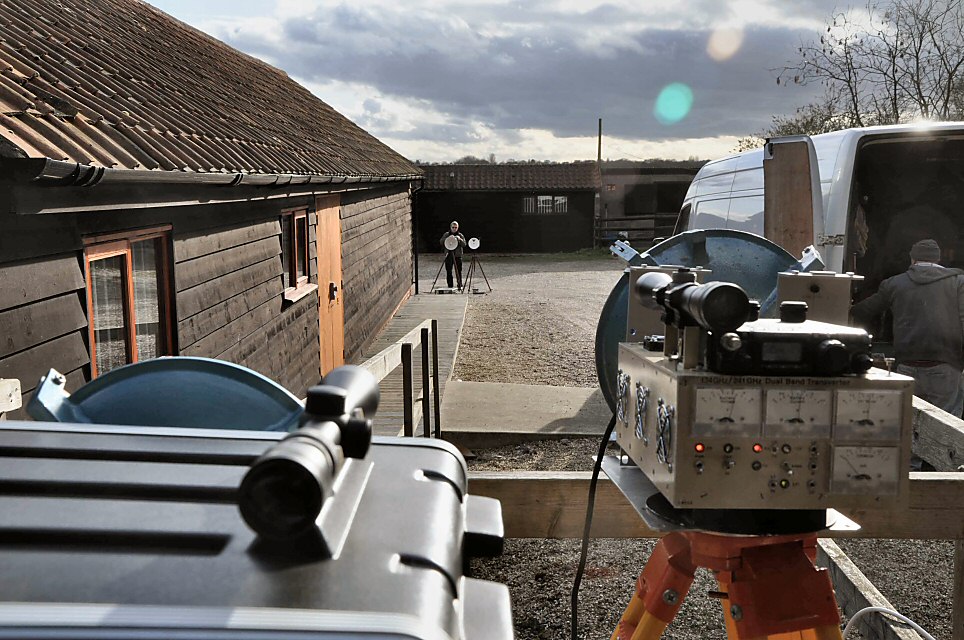 May/June-2016:
John Hazell G8ACE is another millimetre wave enthusiast and has been making great progress on and distances. To reach 241.02 GHz, John uses a 2.678GHz source x5 x3 and a final x6 mixer.

France:
Similar distances to the UK - See here from 2001